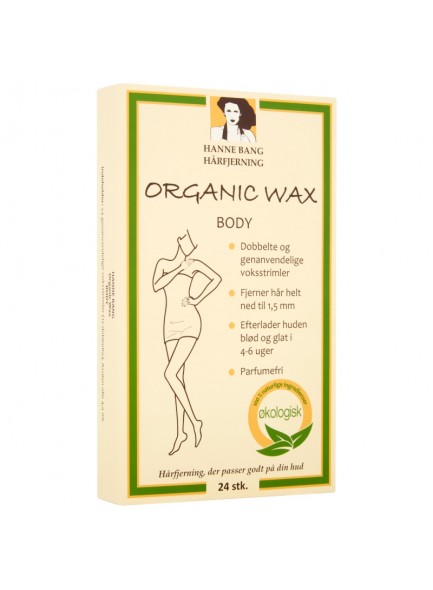 Hanne Bang Organic Body Wax is an organic hair removal wax, which consists of 100% natural ingredients. With the wax strips you can easily, quickly and effectively remove unwanted hair growth on the body. The hair growth is removed at the root, and the skin is then left smooth and free of hair growth for 4-6 weeks. Perfume free. The product has not been tested on animals. 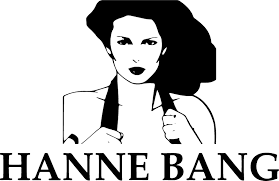 Application: The skin must be clean and dry. Heat the wax strip between the palms for 15 seconds. Separate the two strips by pulling them apart. Put one of the strips on the skin so that it follows the hair growth. Rub the strip so that it adheres properly to the skin. Keep the skin tight and pull the strip off with a quick movement - opposite the direction of hair growth. The strip can be used several times: Fold it in half after use, warm it between the palms, fold it out and use it again. Replace the strip when it is no longer sticking. The organic Chamomile oil is used for finishing the skin, and removes any remnants of wax and has a cooling and soothing effect on the skin.